I spend the first weekend of May in London with a bunch of other sewing geeks enthusiasts - and yes, it was amazing!! 15 women sharing the passion for fabric and sewing. 15 women from all over Europe.

The 'Party Planners' German Annika from Näh-connection and Gioia from Italy blogging at Dotta Sews - thank you so much for organizing this, sweet ladies.

The Portuguese Posse - oh, those amazing ladies have invented a whole new language. 'Sewtoguese'. Seriously hilarious. Marta from Do Guincho, Andreia from In a Manner of Sewing and Ines from La Folie Sewing Booth - you're the best!!

(Btw - Ines and I made a little jingle. It will go viral for sure should we choose to release it. 'You Can't Notch This' - an ode to the sewing people! We just have to clear a few things with MC Hammer and we're good to go.)

This brings us on to the UK delegation - Laura (and adorable baby Willow) from Craftstorming/Titchy Threads, Victoria from As it Seams, Toya from Made by Toya, Maria from My Cozy Co. (who had made beautiful personalized pin cushions (or Barbie pillows) as gifts for all of us) and Olu blogging at Needle and Ted. Olu is also part of the team behind Madeit Patterns, who has designed the Groove Dress below.

Sweet, kind Liesl from Oliver + S (yes, that Liesl!) represented both the US and Spain, as she is currently living in Europe.

Maartje from Huisje Boompje Boefjes - not only does that girl make amazing clothes for her boys, she also has great taste in music. More music and beers next year, my Dutch friend. (And much more Oranje talk. I was a big fan of your national football team from the 80s and early 90s.)

And finally my Belgian buddies, An from Straight Grain and Eva from By Eva Maria. Über talented (and funny) women, those two.

With the tour came a lot of sponsored gift - lucky us! Fabric, patterns, haberdashery. And lucky you, because in a few weeks we'll spoil you with a giveaway including some amazing gift from some of our sponsors.

Here's Wilma getting her groove on in the newly released pattern from Madeit Patterns - The Groove Dress. Ahem, this is actually the third Groove Dress I've made for her. Yes, it's that good, and yes, there will be lots more. She's a big fan of the high low hem. The adorable pineapple fabric was kindly sponsored by Girl Charlee Fabrics UK. 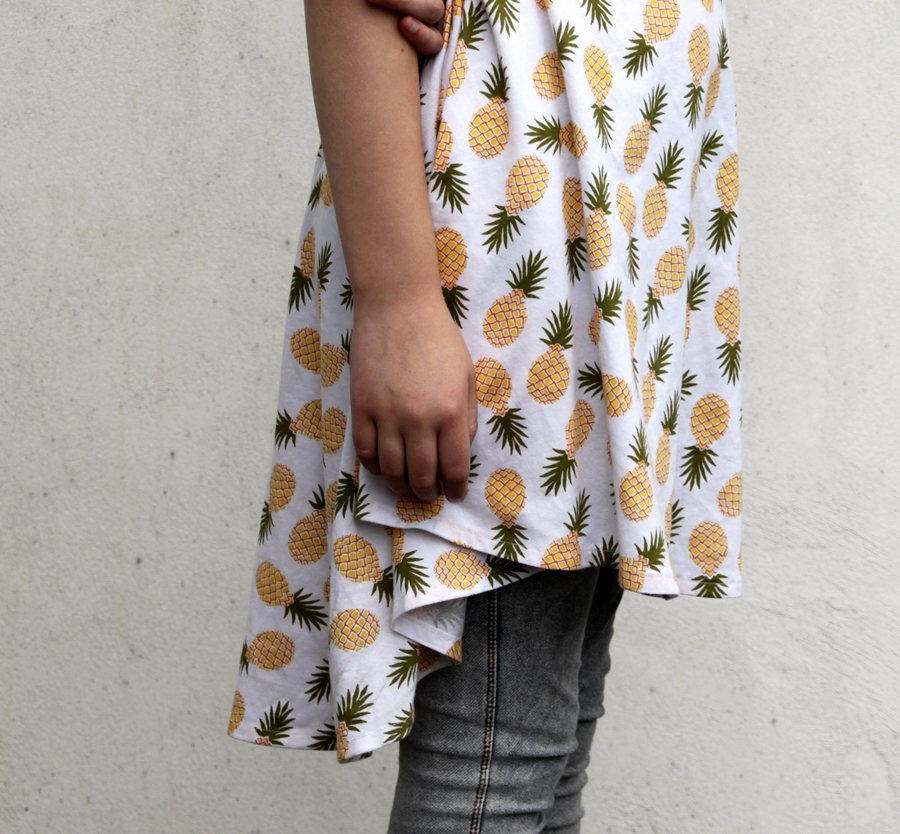 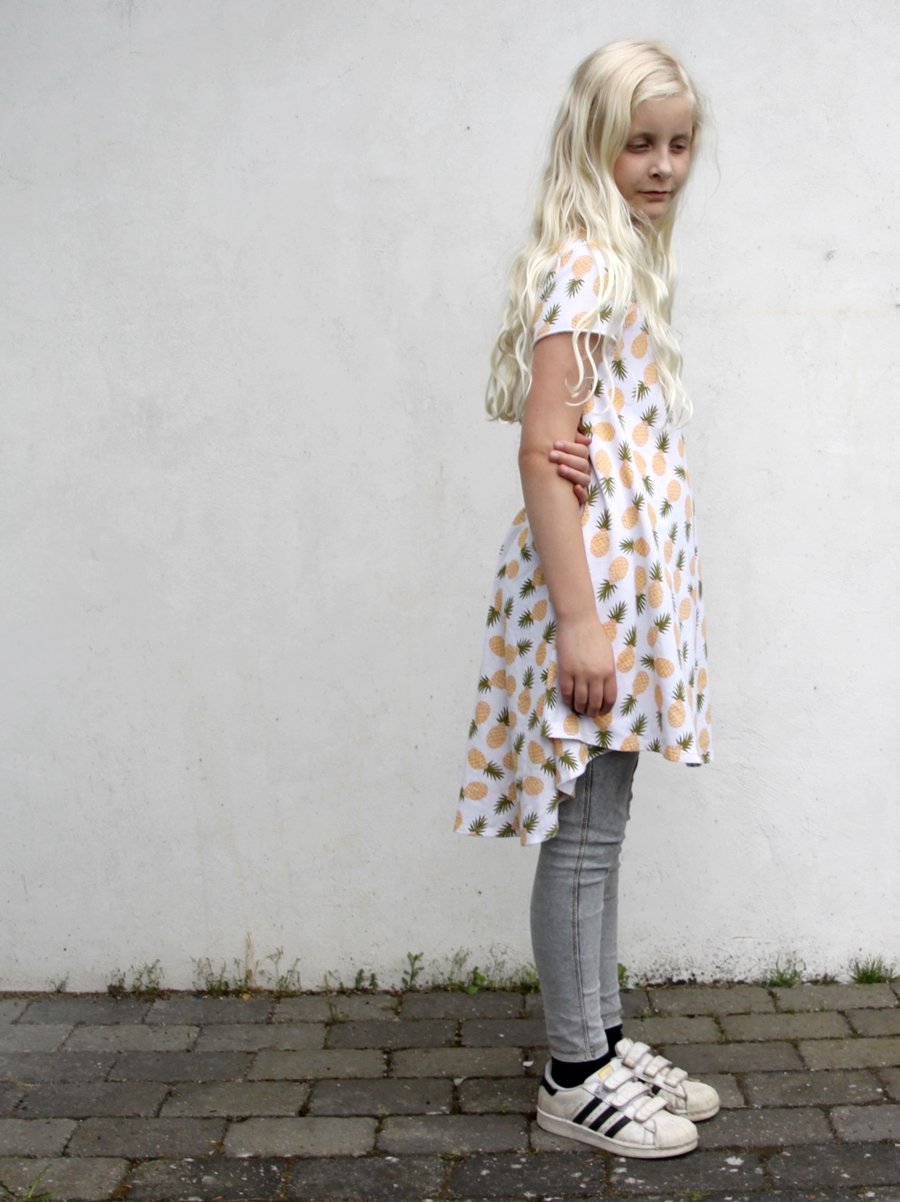 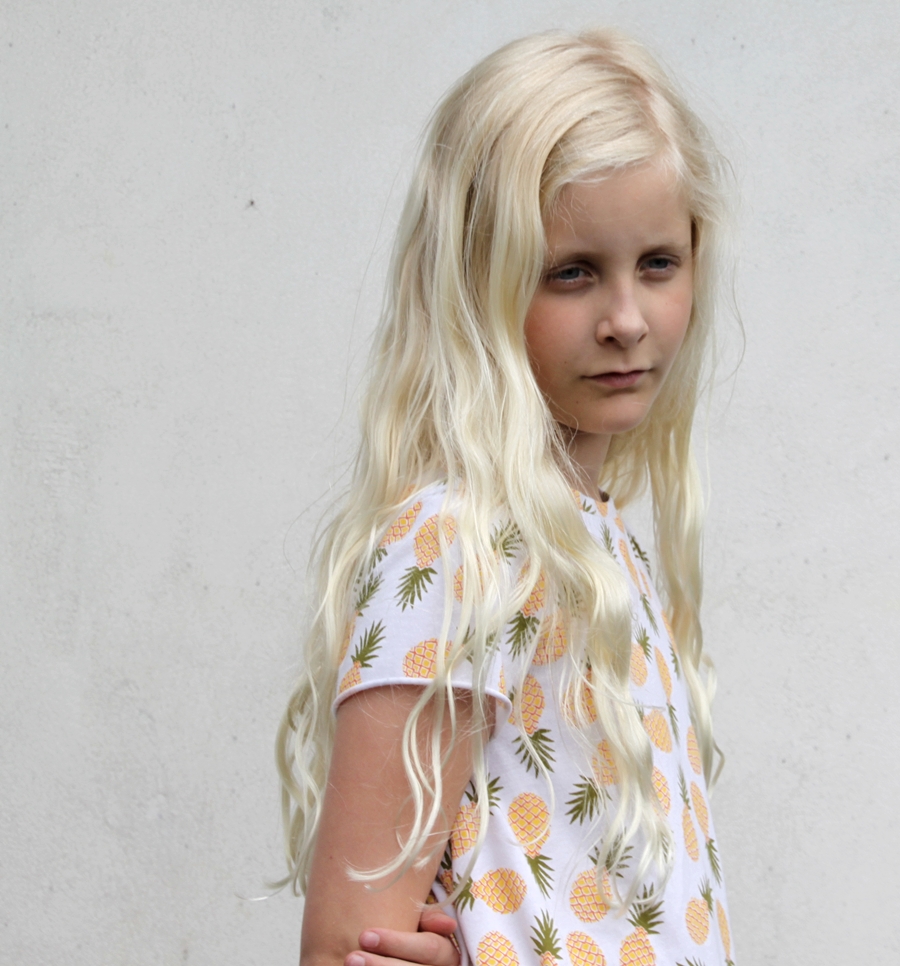 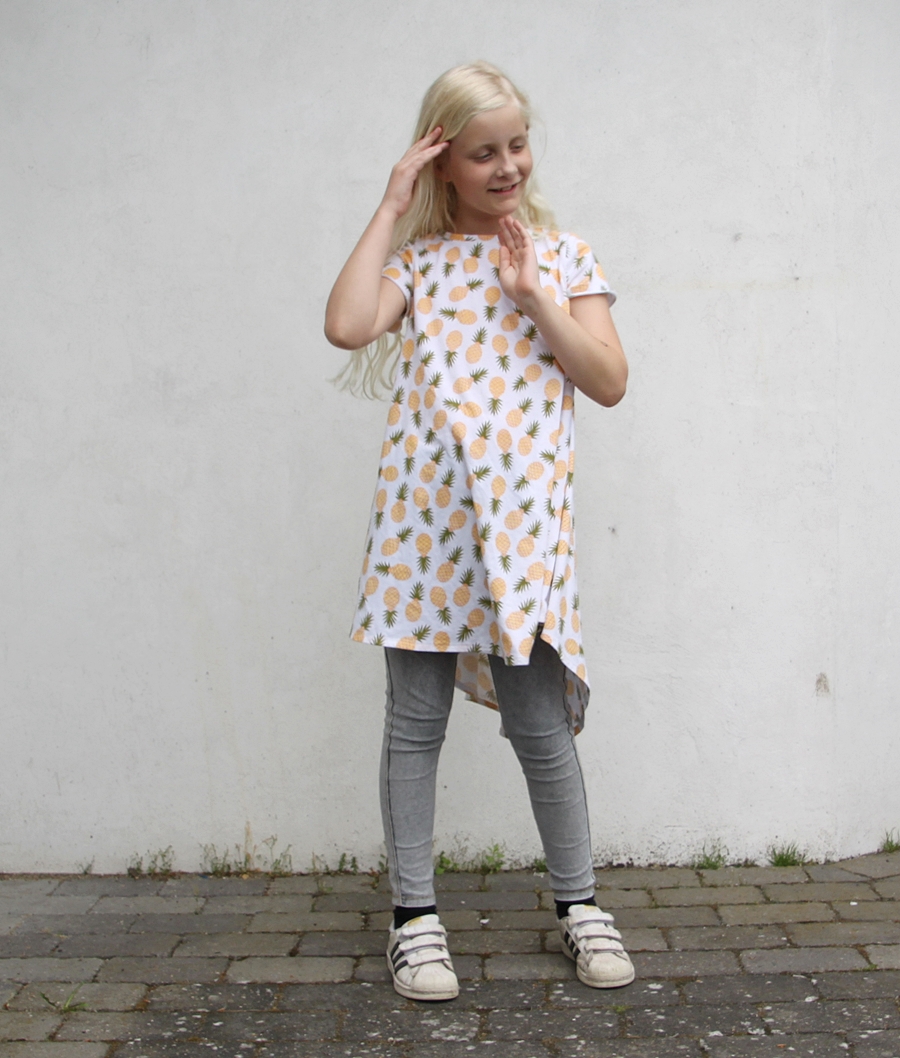 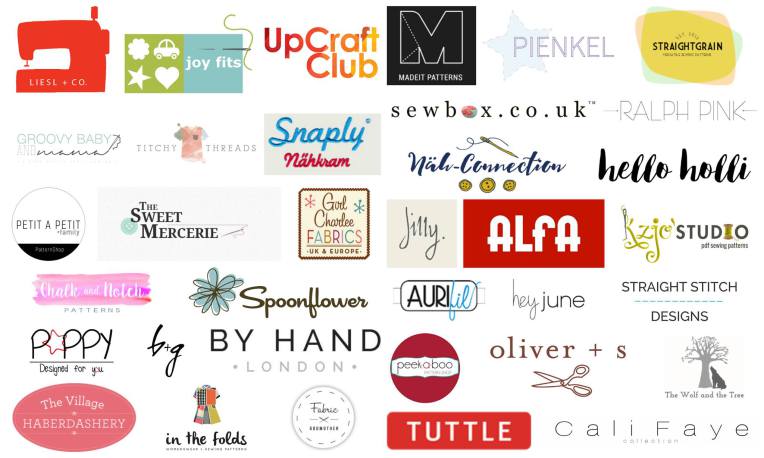 Last time Wilma wore something like this, she was 2 years old and still wearing diapers - cause let's face it, these cute rompers/playsuits/jumpsuits with back closures are just not practical! I've made her a couple of jumpsuits with zipper front, but never this 'impossible to get out of so big chance you pee your pants' kind. This suit is for home, and then I'll probably make her a dress version for school - yup, this pattern comes with dress, jumpsuit and romper pattern pieces and two lined bodice variations.

I find that many vintage patterns for children's clothes run large/roomy in size so I decided to make a size 8 for my 145 cm tall 9 year old. The width is perfect but next time I just might lengthen the bodice a couple of centimetres. 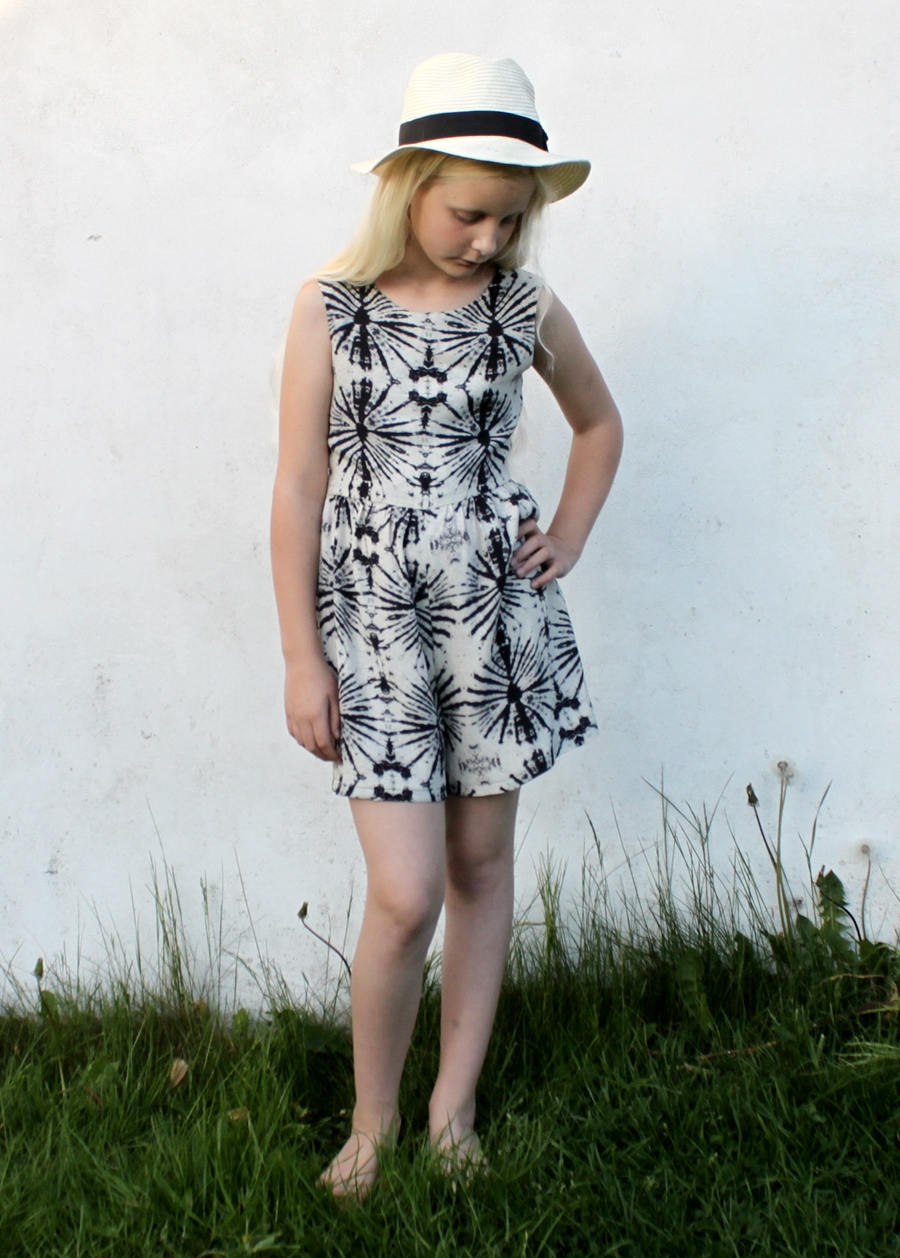 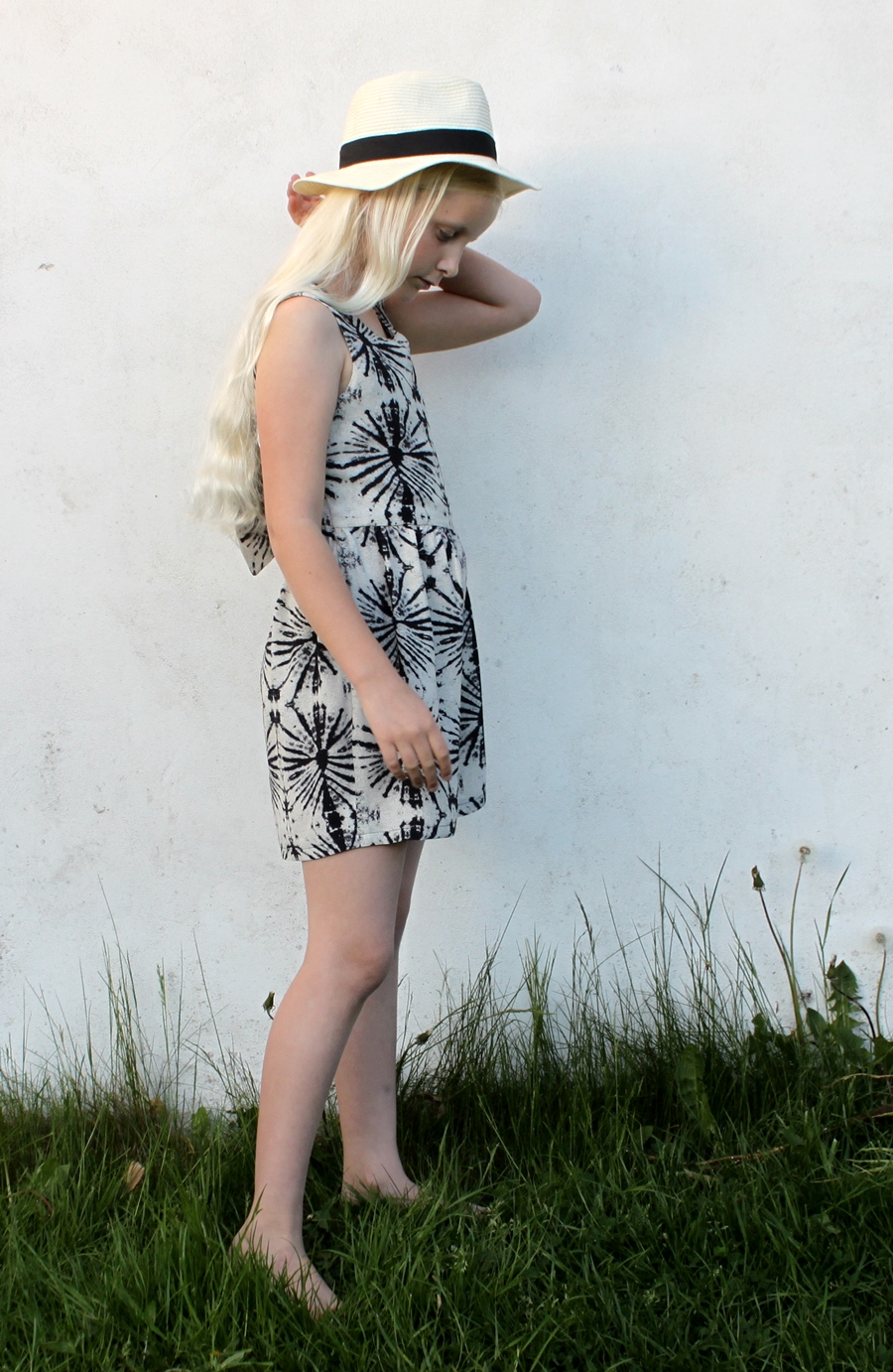 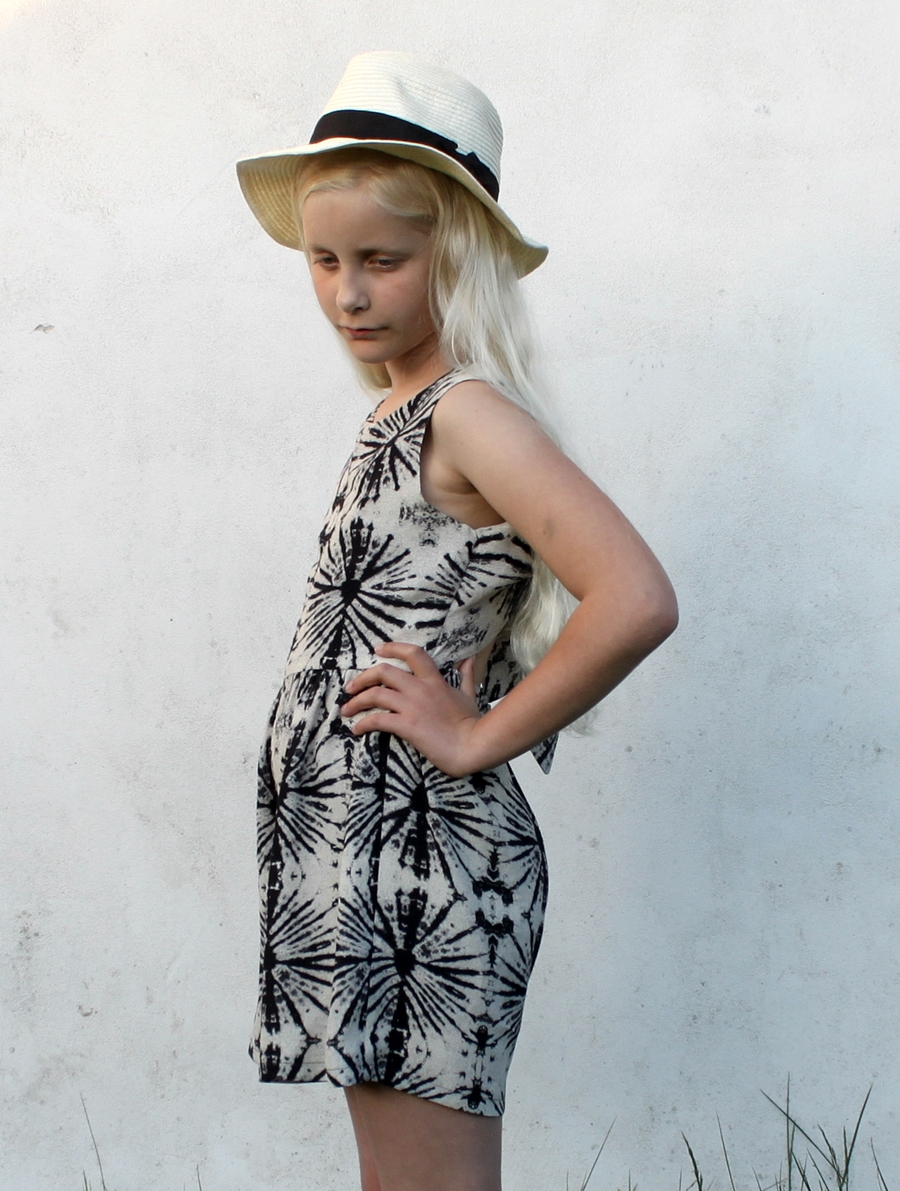 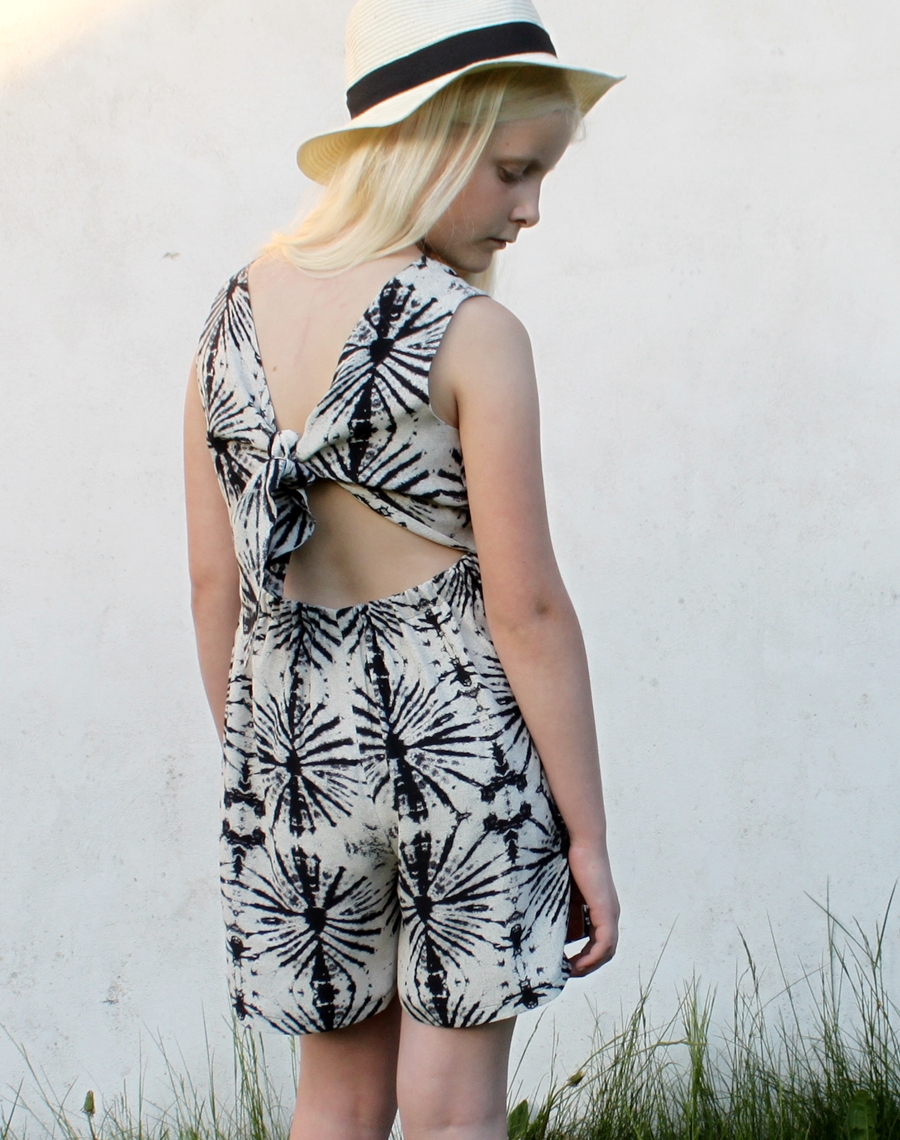 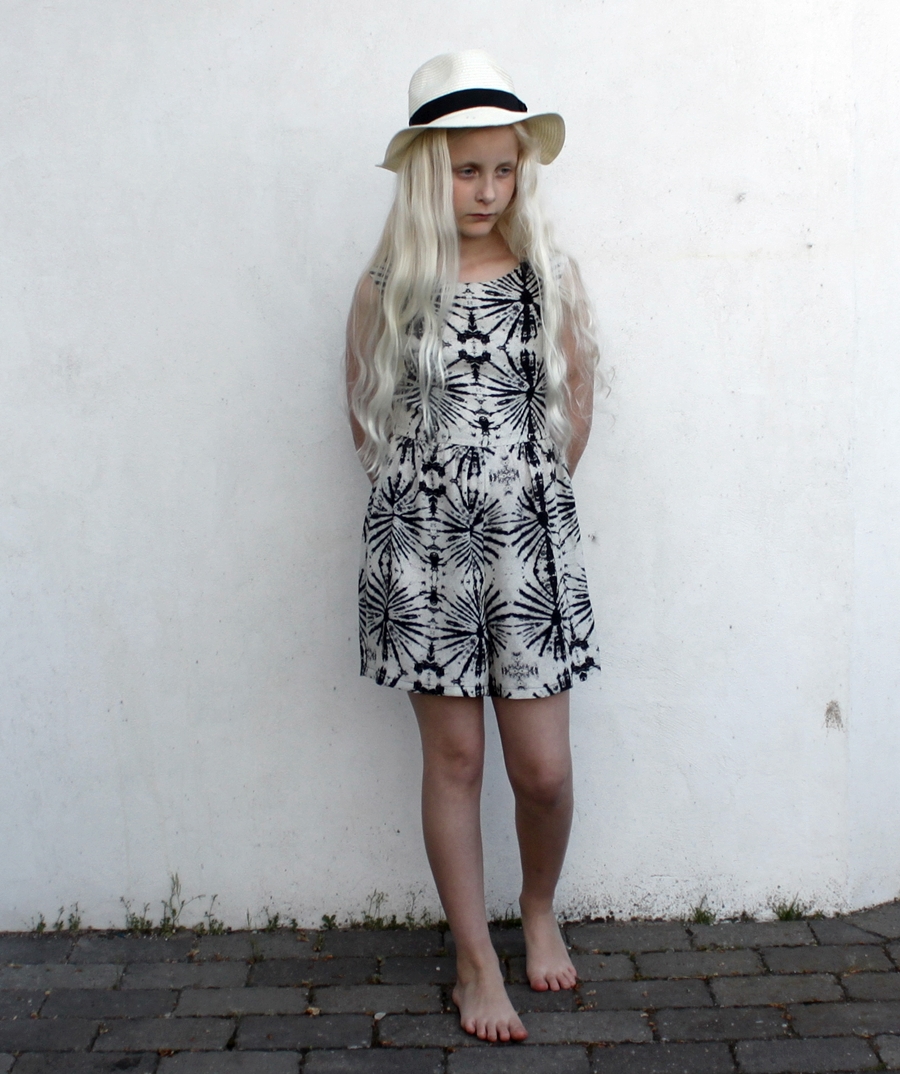